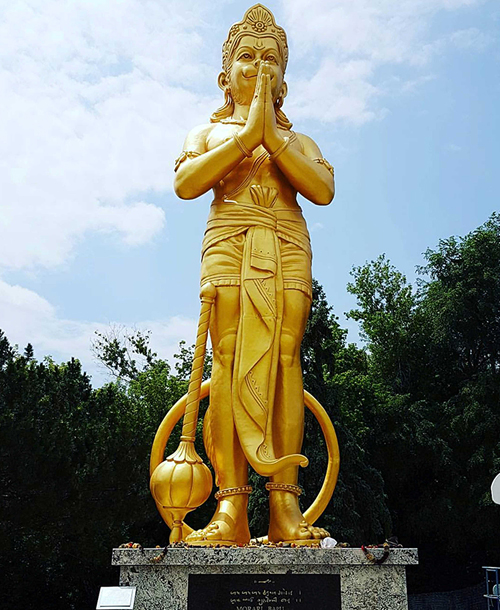 Canada day celebrations were extended at Vishnu Mandir to Saturday July 2nd, 2016 when 50 ft golden Lord Hanuman idol was unveiled by Morari Bapu, a great Ramayan preacher from India. Over 2500 devotees came from all over Ontario to become part of the historical event for all North American Hindus. Lord Hanuman statue is the tallest in North America. “Lord Hanuman is the symbol of strong Will Power in a man”.

Dr. Doobay explained that how the idea of installing 50 ft Hanuman ji statue came about. Hanuman ji statue was favoured as he represents great qualities. He is the most worshipped deity in India and is great representative of dharma. He teaches us three things:

1) We must serve, which he demonstrated in his service to Lord Rama very well.
2) Constantly sing the glories of God, and
3) Be humble always.

When Lord Rama praised Hanuman after Hanumanji brought back news of Mother Sita, telling Hanumanji that he was indebted to him for his service. Hanumanji felt so embarrassed that he fell on Lord Rama’s feet and cried.

This project costed about C$210,000 which was picked up entirely by one family. A construction company Maturam Art Centre, in India was chosen after much research to execute the project. Mr. Naresh Kumar Verma, head of the company, finalized the concept and position of Lord Hanuman and visited Vishnu Mandir site in 2014.It took about 6 months to build it and was shipped to Canada around March 2015. Naresh Kumar arrived at Vishnu Mandir June 2016 and with the help of local experts, assembled the structure in three weeks. 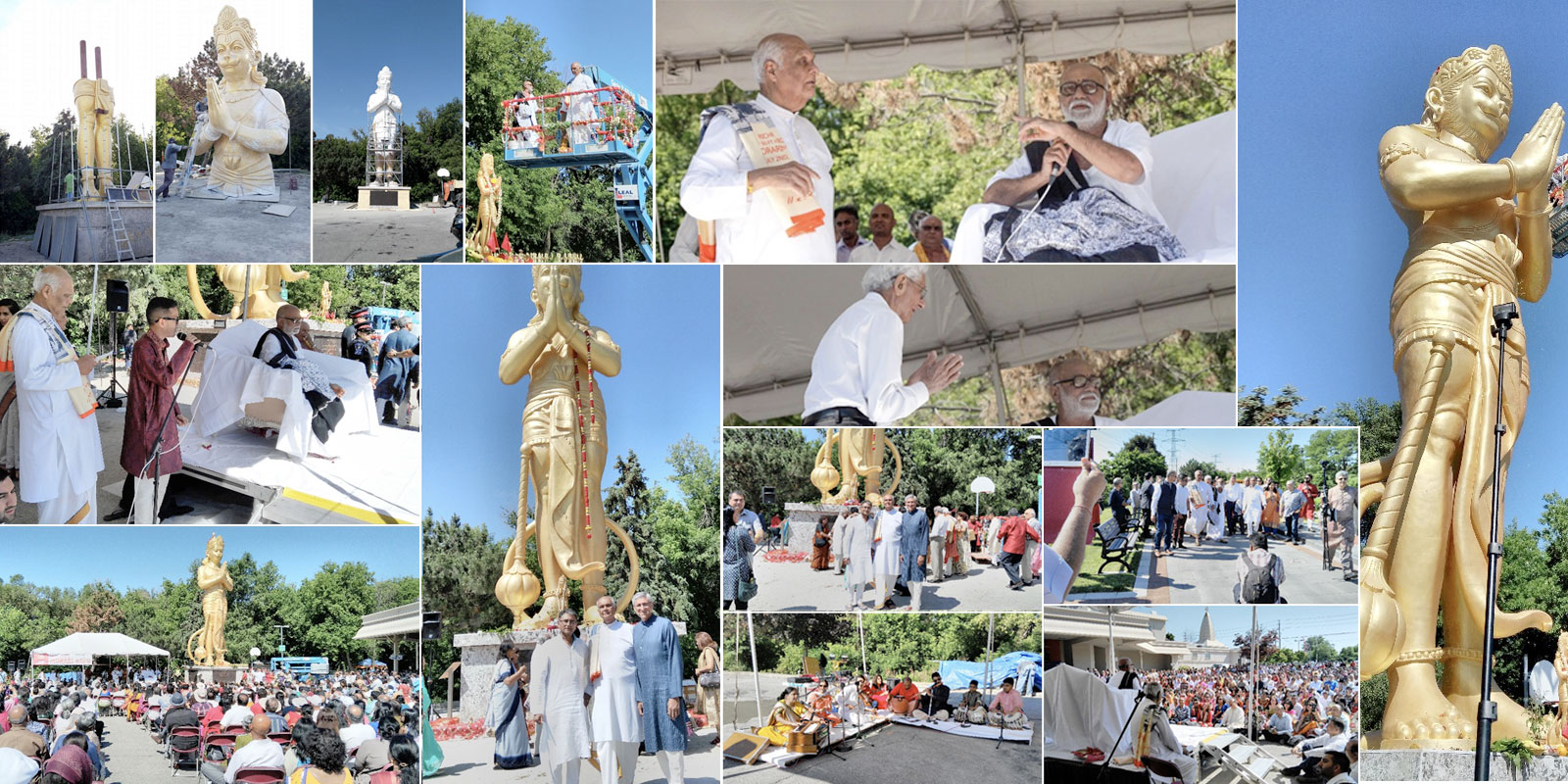 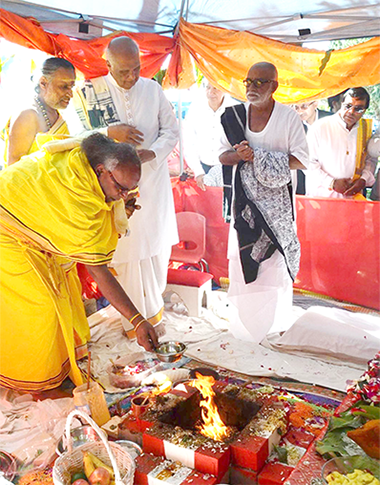 The day of the inauguration started with Havan where “Aum” manifested itself.

Abishek to Hanumanji was done by Bapu standing in the basket of a cherry picker (Genie). 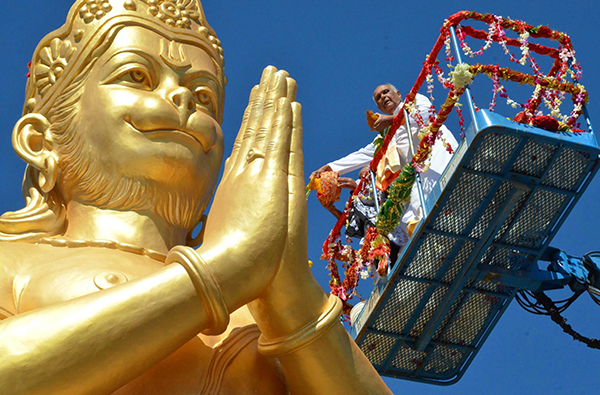 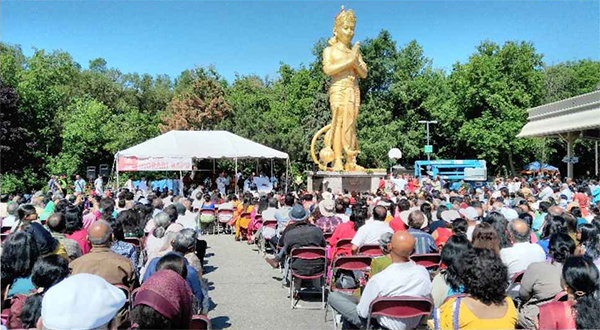 Bapu addressed the gathering of over 2500 devotees who came from all over Ontario.

One of the plaques on the pedestal states that “Lord Hanuman overcame the natural inclination of the mind to wander in a meaningless way. He is in complete control of all his senses. There’s no quick, easy way to achieve a calm mind. And Hanumanji mastered his mind through meditation practices and great concentration on the Divine”.

We pray that Lord Hanuman will protect all of us, city of Toronto, country of Canada and also the whole world.

A revolving and lighted “AUM” was also installed on the roof of the temple. The cost of the Om project was picked up by Ramesh Chotai, an outstanding Hindu Philanthropist. 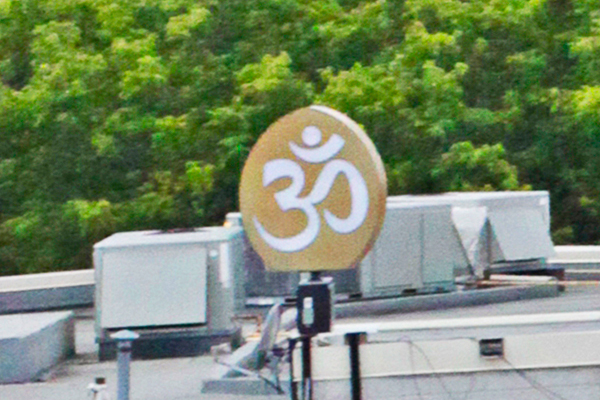